September is our birthday month, with one third of our family’s birthdays falling then.
Firstborn and J are turning 11 & 9 next month. Their birthday wishlists are no doubt something like this:
1. iPod 5
2. iTunes card
3. Electric scooter
4. Firstborn : Wheely shoes
J: Giant Lego Star Wars set which has not been released yet.
5. Minecraft for Wii U, also unreleased.
6. Lollies and more lollies.
7. Never having to do homework again.
8. Getting to stay home from school whenever they want.
9. Unlimited screen time.
10. Baby N to not grow any older and less cute.

As I am unlikely to provide 7 – 10, I feel as though they should get 1 or 2 things from their wishlist. If you can’t get what you really REALLY want on your birthday, then there’s not much hope the rest of the year. My problem with their wishlists (which may be of my own creating, but I guarantee you, it’s accurate) is that with the exception of wheely shoes, it’s rather sedentary. And uncreative.

Whilst I don’t think their birthdays are necessarily an educational opportunity, I do feel a compulsion to provide a balance of birthday presents, and not just feed the screen-driven beasts I am rearing.

So I present to you:

1. iPod Touch. It’s their number one, their Cabbage Patch kid, if you will. 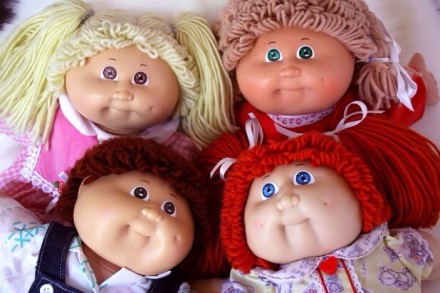 The magic of birthdays is kept alive by getting that one thing you really want. And if everyone has a screen then I get what I really want – peace and quiet.

My boys would love this. Not as much as they would love an iPod, but it still has the potential to keep them busy. If I tell them to go and play noughts and crosses for an hour they will not so much laugh in my face as whinge in it. However give them a notepad like this where the lines are all neatly and graphic-designer-y laid out for you, and “cool!” they will exclaim. Who knew home drawn parallel and perpendicular lines were so lame?

3. Letter light.
Since we moved house a year ago, I have had an obsession with my boys’ rooms. I keep trying to make them
Pinterest ready. Unfortunately the rooms contain the antithesis of Pinterest: live boys. I arrange their toys artistically, instagramatically, upon their shelves…..they play with said toys and if I am LUCKY they put them back….but the shelf now resembles a jumble sale. Baby N does NOT understand that his books are in rainbow colour order. I have decorated their rooms to the best of my financial and artistic ability in the hope that they will love them and treat their possessions respectfully. This is not going entirely to plan. Anyway I love this, and I think firstborn would too.

This is not something they will love and keep forever. They will not walk down the aisle with this toy. The marker maker is a summer fling……they’ll think they’re in love for a month or two and then they’ll never look at her again. Intense, passionate. But they’ll alway have the memories. Ah, the memories. My best fling toy was Barbie Charms the World.

The other day one of the kids was complaining about being bored. I suggested we make a pet rock. Child looked at me like I had grown two heads and both of them were alien. The marker maker is creativity for the child of 2014 (not 1986 where I seem to be stuck). 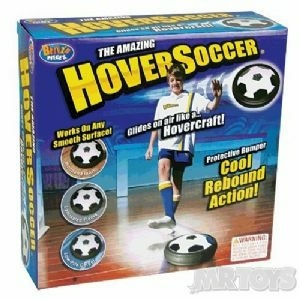 I think this looks like fun. Like turning your back courtyard into a life sized air hockey table. Token “outdoor”, “exercise” present. This is more about me than them.

6. Board Games.
J wants “The Game of Life”. Firstborn played “Settlers of Catan” at a friend’s house and was very enthusiastic. I saw this at Questacon : 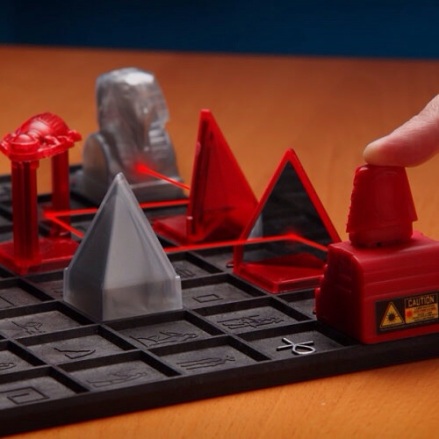 I think it looks great, and sneakily educational. The batteries are a pain though. I am all for board games as long as the kids understand they are to play with each other, not with me. My sister never wanted to play Monopoly with me when we were kids. I used to play by myself. I was the thimble AND I was the dog. The thimble always won. Unfortunately for my kids, playing solo monopoly is thus a viable option. I think it builds resilience. Because when you play Monopoly by yourself, you’re always the winner, but unfortunately you’re always a loser, too.

First born likes taking electronic things apart to see all the wires and circuit boards. Unfortunately he cannot put them back together. Perhaps this will teach him. Last year we did chemistry sets. Too much parental supervision required. Snap Circuits are this year’s token science present.

8. The 52 Story Treehouse
It’s the next in the series and it comes out in J’s birthday month. Although he has probably slightly outgrown this series now, J’s bound to get excited that the latest is being released. My kids have this strange compulsion to continually want to read new books. When we were kids, my parents bought us new books from time to time. The rest of the time we RE-READ the books we already had. This is a foreign concept to my children, but one which they must learn. Then they can play one of the best games my sister and I ever invented. The quote game. One of you recites a quote from a book, the other has to say what book it’s from. But you need to be really, REALLY familiar with your home library to do this. So I’ll buy J the new book but really I think he should re-read the first 3 books a few more times, or how else will he ever know the proper response to “She salted her egg, then bit into it”?