Because flying across Australia solo with four boys is SUCH a breeze, I thought to myself, what better time than now (kosher meals having failed to make their appearance, toddler mourning a wireless connection) to revive my blog?
Baby N is now Toddler N, and come the end of June, will be Little Boy N. Or perhaps “The Little Boy formerly known as Baby N”. Sure, it’s a mouthful, but it has a ring to it.

To be clear, i-anything, loaded with shows. The Toddler Formerly Known as Baby N’s favourite apps (YouTube Kids and abckids iview) only work with a wireless connection so make sure you download your shows prior to take-off. At least 5 of each of your child’s favourite shows. Apparently there are ways to save from YouTube onto your device, which no doubt one day I will work out, but in the meantime just pay for them on iTunes (worth every penny and if we didn’t buy something, it wouldn’t be a Shopping Girl post).

Recently we flew to Melbourne. The flight from Sydney to Melbourne is so short it barely counts. But on this flight I discovered that my carefully curated collection of BBC’s finest (The Toddler Formerly Known as Baby N – henceforth TTFKABN – has a mostly British accent which has nothing to do with my birthplace – Birmingham – and everything to do with Peppa Pig and Ben & Holly) had unceremoniously vacated my iPad and returned itself to my cloud. My plane inaccessible cloud. Fortunately I keep some emergency shows on my iphone. 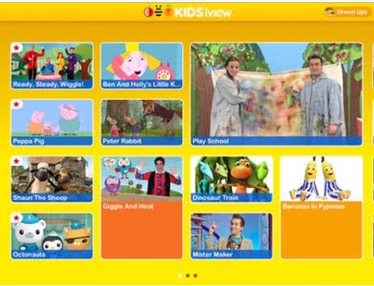 I don’t care if Steve Jobs deserves more of the credit than I actually do….I’m much better suited to accepting praise on the behaviour of my children than I am slinking off the plane, unruly toddler barely in tow, wavering between staring at the ground and staring every passenger directly in the eye, just DARING them to say something.

Devices people. Devices. There are no screen time limits in the air.

2. Qantas. Book with Qantas. Worth every penny when travelling alone with children. Space (it’s relative of course). Screens. Kosher food (sometimes missing). As I type this, they are delivering (blessedly kosher) Mars Bar ice creams to every passenger. Lunch, kids!

Times have changed since the memorable trip of 2005 where First Born informed every passenger on board in a voice more appropriate for reaching the back rows of the Sydney Opera House concert hall, that “the icecream on the plane’s NOT KOSHER!”.

My favourite thing in the world at the moment are my wireless headphones. I don’t use them on flights for four obvious reasons. BUT at home they are (and I never say this lightly) one of the BEST things I have EVER bought. Not only do they give the (correct) impression to the children that I cannot hear them, but in the evening, when I am desperately trying to get my Nashville/Girls/Charlie Pickering fix and relieve the boredom of the nightly kitchen duties, with my iPad propped up on the caesarstone, no matter how much I walk around the kitchen (to the fridge, to the pantry, to the Tupperware drawer, repeat) I can still hear my show. My choice? Kreafunk.

b) Snacks. Lots. The reason I invented “landing treats” was 1. Sore ears. 2. Peace and quiet for the last ten minutes of the flight because not so long ago, devices had to be switched off for landing. 3. I have a no-chocolate, no-lollies rule on the plane (except the last 10 minutes because if the sugar high is gonna hit, we’ll be off the plane by then). I pack loads of “piece-y” snacks though (they take more time to eat) for my kids in lots of individual ziplocks. Popcorn. Pretzels. Animal crackers. Sultanas. Bissli (Israeli snack). If it’s dry, will not make clothing or hands sticky, and there’s no associated sugar rush, then sodium levels be damned, it’s going in the hand luggage.

Just make sure you pack water too.
5. Happy Baby dummies. They should rebrand and call themselves Happy Mummy dummies. Two of my kids did not have a dummy, two did, so I have no interest in getting involved in a dummy debate. But for the dummy suckers, it’s been Happy Baby all the way.

One thing I am strict on is that dummies are only for sleeping. They exist in the cot and in the cot alone. Except on aeroplanes. Because I discovered that when George Pig cries on Peppa Pig (it happens quite a lot), TTFKABN likes to treat his fellow passengers to his best George impression. I may not understand a word TTFKABN is saying when he has a dummy in his mouth but there is no question that his volume is dulled.

So, when it comes to flight advice, I could go on for a while, what with wipes, twisting textas (no lids to drop) but top 5 is what I promised so top 5 is what you got.

And as a bonus for reading this far……

Shopping Girl’s Top 1 tip for travelling with no kids:
1) Invest in some noise cancelling headphones. That way if the Todddler Formerly known as Baby N is on your flight, you will be none the wiser. I know I said before that aeroplanes are noisy, but they are also quiet. In the old days, ie before personal screens, the cabin itself buzzed  with conversation. Now that everyone is quietly dedicated to a screen, the mechanical sounds remain but the cabin is extremely quiet. You will only notice this when you fly with an infant or toddler, as their voice resonates through formerly quiet cabin. Noise cancelling earphones.

One thought on “Flying high….in the sky”